09/23/08
The Mirlo Beach Cottage Serendipity was transformed during the filming of “Nights in Rodanthe” to the Inn at Rodanthe. The Inn was one of the locations in the novel by Nicholas Sparks, and the location of several of the scenes in the movie with Richard Gere and Diane Lane. 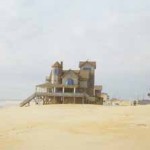 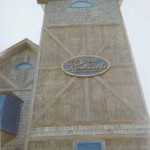 The beachfront house featured in the movie “Nights in Rodanthe” will soon have a new home itself, thanks to a bail bondsman who fell in love with the surf-threatened house after his wife bought the movie for him as a Christmas present last year.

If you missed your opportunity to see the 2008 Richard Gere and Diane Lane movie Nights in Rodanthe in the theaters, or simply want to see the beautiful beach background again, then there’s good news coming your way. Nights in Rodanthe will be released on DVD and Blu-ray on February 10th. Portions of the movie […]