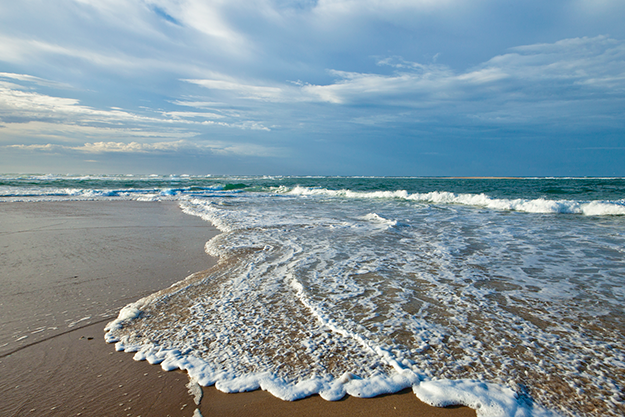 Miles of pristine uncrowded seashore regularly land Hatteras Island beaches on top 10 lists and this year is no exception. Dr. Beach just published the 2018 results for the country’s top beaches and Buxton Lighthouse Beach came in at #6!

Dr. Beach is Dr. Stephen Leatherman – Director of the Laboratory for Coastal Research at Florida International University. He has a Ph.D. in Environmental (Coastal) Sciences from the University of Virginia. He developed 50 criteria to rate each beach and since 1991 his top beaches list, released each Memorial Day weekend, has become very popular.

Buxton’s Lighthouse Beach adorned with the iconic Cape Hatteras Lighthouse, was lauded for having “the best surfing on the U.S. East Coast” and it’s good swimming beach with lifeguards. Also noted were the excellent surf fishing and dynamic coast.

U.S. News and World Report Ranked Cape Hatteras #1 Best Beach in North Carolina. Some of the spectacular features that landed Cape Hatteras at the top of the list include:

It’s no secret that Cape Hatteras Beaches are the best – if you haven’t already, book your premier vacation home today.