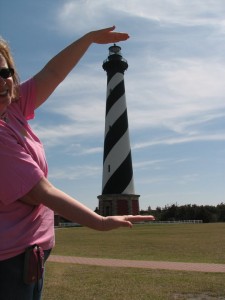 Visit Hatteras Island and get creative with your lighthouse picture! The Cape Hatteras Lighthouse is a must see!