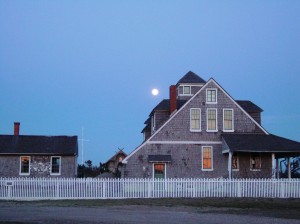 On Monday, October 8th at 11am, you are invited to become a spectator at a dramatic, awe-inspiring U.S. Coast Guard Helicopter Search and Rescue Demonstration, right here on Hatteras Island. This impressive demonstration will be performed on the Chicamacomico beach in Rodanthe at milepost 39.5, by U.S. Coast Guard Motor Lifeboat Station Oregon Inlet and […]

A Little "Chili" in Chicamacomico

There is just something about a cool, crisp September day that makes you long for all of the comforts of Fall…including a warm, satisfying bowl of chili. On Saturday, September 15th, you’ll have a chance to participate in the 15th Annual Chicamacomico Banks Fire and Rescue Chili Cook-off at the Cape Hatteras KOA in Rodanthe. […]

Flags Over Hatteras – Civil War Sesquicentennial on Hatteras Island and Events for the Week of Aug. 20-Aug.27

Surf or Sound Realty is a proud sponsor of the “Flags Over Hatteras” Sesquicentennial Event on Hatteras Island, happening August 22nd through August 28th. This 150th anniversary will commemorate the events that occurred on Hatteras Island in August of 1861. While visiting Hatteras Island, make sure you stop by the Graveyard of the Atlantic Museum […]