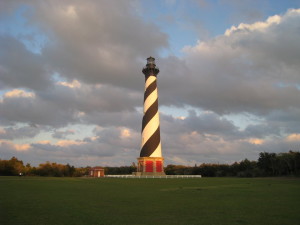 Visiting the Cape Hatteras Lighthouse is a must when you vacation on Hatteras Island. Photo submitted on Facebook by Sherry Lewis Rocquemore. Congratulations Sherry for being our photo of the week!