We all know that there are so many wonderful things to do here on Hatteras Island. Our pristine, family-friendly beaches and quaint villages offer a variety of activities for you and your family to enjoy while visiting us.

The Huffington Post recently listed its top “5 Free Things to do on Hatteras Island.” It is no surprise that spending time enjoying the beaches of the Cape Hatteras National Seashore is top on the list. There is nothing quite like a day at the beach for exploring, relaxing, and playing in the surf!

The Huffington Post list also includes: a trip to the Graveyard of the Atlantic Museum where admission is free, although donations are encouraged; attending programs offered by the U.S. Fish and Wildlife Service in the Pea Island National Wildlife Refuge; visiting Cape Hatteras and Bodie Island Lighthouses (there is a fee to climb them, but not to walk around the grounds); and taking a free ferry ride from Hatteras to Ocracoke Island for the day.

We would love to hear what you and your family like to do while visiting us! What are your Top 5 Things to do on Hatteras Island? Please share them with us on our Surf or Sound Facebook and Twitter pages, and follow us on Pinterest to see of few of ours! 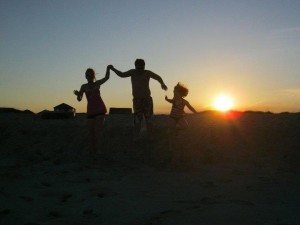 Starting Friday, April 19th, Bodie Island Lighthouse will open to the general public for climbing tours for the first time ever! The lighthouse, currently located on National Park Service property, was operated and maintained by the United States Coast Guard (USCG) until the year 2000. At that time the USCG tranferred the lighthouse over to […]

The National Park Service plans to open Bodie Island Lighthouse (pronounced “body”) to the general public for guided climbing tours in late April to early May 2013. Bodie Island Lighthouse, located north of Oregon Inlet, has undergone an 18-month long restoration project aimed to restore and preserve this historical beacon and make it accessible to […]

One thought on “What Are Your Top Five Things To Do On Hatteras Island?”