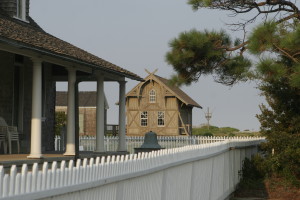 The complex is open Monday-Friday, 10am to 5pm for self-guided tours. Admission is $6 per person or $4 for seniors (65+) and students. Be sure to check out the Chicamacomico Life-Saving Station Calendar of Events for Summer Porch Program dates, the Beach Apparatus Drill, and American Heroes Day!

The Chicamacomico Historical Association is a private, 501(c)(3) non-profit organization whose purpose is to restore, preserve and interpret the buildings and history of Chicamacomico Life- Saving Station, as well as the U.S. Life-Saving Service and its successor, the U.S. Coast Guard on the Outer Banks. The Association owns and operates the museum site and the museum shop and raises its own funds. 100% of all admission fees, gift shop purchases, memberships, and donations go directly to the preservation, restoration, and operation of this historic site.

Exciting plans are underway to open the first phase of the Hatteras Island Ocean Center this Spring in the former Beacon Shops located on NC Hwy 12 in Hatteras Village. 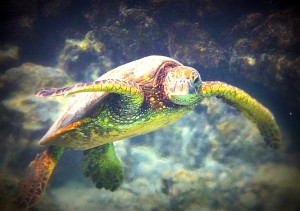 The first phase of this multi-year project includes an interactive information and education center, as well as wetland trails for exploring the unique ecology of Hatteras Island. This series of noninvasive trails will lead to a launching area for kayaks and paddleboards at trail’s end.

The Ocean Center headquarters will house exhibits on the varied components of Hatteras Island’s ecosystem. These interactive exhibits will focus on marine life, shipwrecks, weather, shellfish, salt marsh ecology, and of course, sea turtles! As you enter the Center, a “larger than life” screen will display the underwater photography of local artist, Russell Blackwood. Next, head to the exhibit on sea turtles which will include a machine that simulates x-rays and probes, allowing visitors to learn about the biology of sea turtles while making the connection between sea turtle maladies and the environment’s impact. In addition to playing “Sea Turtle Veterinarian,” visitors will have an opportunity to learn about nesting habits and rehabilitation procedures for the sea turtles of Hatteras Island. From there, visitors can explore a fishing exhibit set up in conjunction with the Graveyard of the Atlantic Museum and Captain Ernie Foster of the Albatross Fleet. This exhibit will focus mainly on charter and commercial fishing, with the addition of beach and pier fishing in the future. As you make your way back around to the entrance, take a minute to check out the interactive whiteboard with daily updates on weather, tides, and island happenings. If you’d like to enjoy a Hatteras Island Ocean Center souvenir, choose from a few Ocean Center choice goods and be on your way to explore the wetland trails!

The second phase of the Hatteras Island Ocean Center will include a state-of-the-art pier and pier house located on NC Hwy 12 in the same vicinity as the former General Mitchell Motel in Hatteras Village. The pier house is expected to include a restaurant, other food vendors, a covered playground, an arcade, a public bathhouse, tackle shop, equipment rental, indoor and outdoor exhibits, classrooms, research areas, and a wildlife rehabilitation area. This phase is still in the very beginning stages as funding is being pursued.

Stay tuned for updates and make plans to stop by the Hatteras Island Ocean Center on your next visit to Hatteras Island! Visit www.hioceancenter.org or follow them on Facebook… 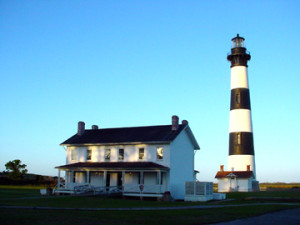 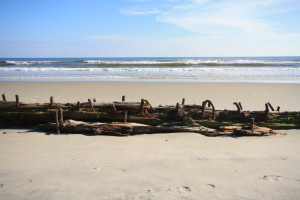 Take a journey along Highway 12 and explore the dynamic marine environment and get a sense of how it has shaped the Island and the people who have called this sandbar home for centuries. 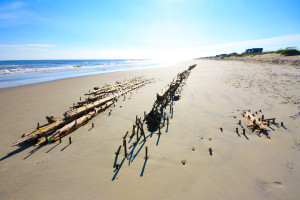 This Thursday, October 25 at 2pm, the USCG will perform the Historic Breeches Buoy Reenactment in a special post-season beach apparatus drill. The demonstration will be held at the Chicamacomico Life-Saving Station and Museum in Rodanthe and will begin promptly at 2pm. Please allow plenty of time to park, get tickets, and get to the program start area. Admission is $6 for adults and $4 for seniors (62+) or youth (6-17). 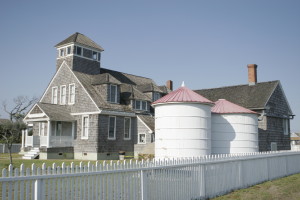 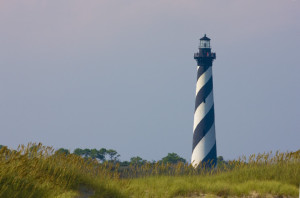 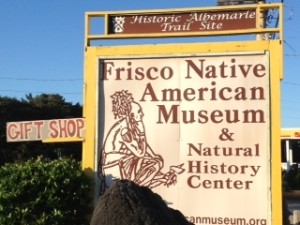 Celebrate a day of learning in the heart of Frisco, NC on Saturday, September 29th! Frisco Native American Museum is proud to join Smithsonian magazine in celebrating the 8th Annual Museum Day! On this day, selected museums and cultural institutions open their doors free of charge to Smithsonian magazine readers and Smithsonian.com visitors.

The Museum Day admission card has been printed in the September 2012 issue of Smithsonian magazine and a downloadable version is also available on Smithsonian.com. The card must be presented in order to enter free of charge at participating museums and cultural institutions.

Spend the day browsing interesting exhibits at the Frisco Native American Museum, then hit the nature trail at the museum to experience and enjoy the maritime forest.

If you’re unable to make it to Frisco on Saturday, be sure to stop by on your next trip the island. Museum hours are Tuesday through Saturday, 10:30am to 5pm. Visit them on the web at or call (252)995-4440 for more information. 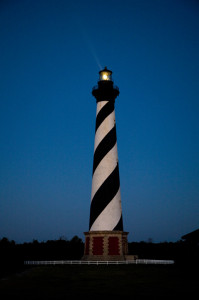 This Saturday, September 29th, full moon tours of the Cape Hatteras Lighthouse will be available! This is your chance to climb the 257-step staircase while park rangers provide interesting stories and tales of the lighthouse keeper’s duties. You will also be able to view the light up close and hear about how it operated in the past and how it works today. Weather permitting, you’ll have a bird’s eye view of the beam of light reaching out to sea and the reflection of the moon over the Atlantic. It’s truly a once in a lifetime experience!

The National Park Service will be offering two tours that evening. There will be one at 7pm and another at 8pm. Each tour is limited to 30 people and tickets must be purchased in person, starting Thursday, September 17th at the lighthouse ticket booth between the hours of 8:15 and 4:40pm. Tickets are $7 for adults and $3.50 for children (11 and under), as well as seniors (62 and older). Be sure to get your tickets early!

Just a few guidelines for the climb to the top…
1. Be sure to bring a handheld flashlight. There are no lights inside the lighthouse.
2. All participants are required to be 42 inches tall and must be able to climb the steps on their own.
3. Children 11 years of age and under must be accompanied by an adult (16 years of age or older).
4. For safety reasons, all participants must climb and descend with the group.
5. Keep in mind that the lighthouse can be challenge to climb…It’s tall, dark, and often hot and humid.