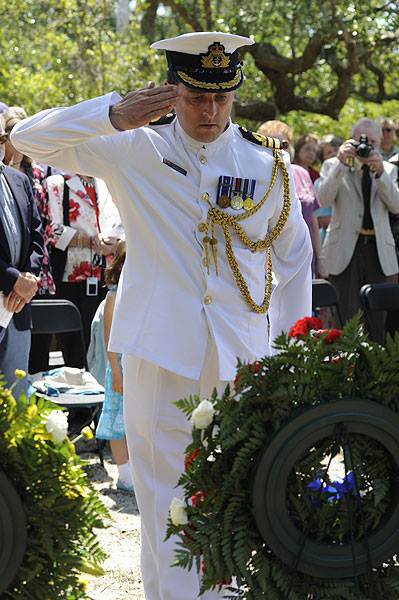 For 73 years, near the anniversary of the Bedfordshire’s sinking, members of the National Park Service, U.S. Coast Guard, and British Royal Navy join visitors and local citizens to honor the service of the men buried in the cemeteries. The two ceremonies honor the 65 foreign sailors who lost their lives just off the coast of the Outer Banks. Free and open to the public, the ceremonies are organized by the Friends of the Graveyard of the Atlantic Museum, the Ocracoke community, the U.S. Coast Guard, Coast Guard Auxiliary 16-04, the National Park Service and the Commonwealth War Graves Commission.

For more information, call the Graveyard of the Atlantic Museum at (252) 986-2995 or visit  www.ncmaritimemuseums.com.