A portion of all entry fees will be donated to the Graveyard of the Atlantic Museum to further the preservation, advancement and presentation of the maritime history and shipwrecks of the North Carolina Outer Banks 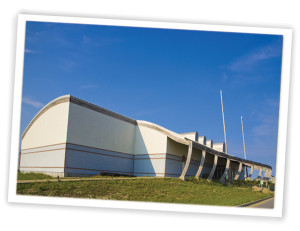 The 100 mile run extends the length of the Outer Banks and is 102.2 miles point-to-point starting “where the road begins,” and highway 12 starts at the edge of the sand in Corolla. Runners will then travel south the entire length of the paved highway on Bodie Island and the entire length of paved highway on Hatteras Island, viewing much of the Cape Hatteras National Seashore via historic Hwy 12. Runners will end at the “end of the road” on Hatteras Island adjacent to the Ocracoke Island Ferry and directly in front of the Graveyard of the Atlantic Museum.

Friends and family waiting for runners to finish will be treated to special guided tours at the museum.

The 100k course starts at aid station 2 at 4pm from Bodie Island Light House, is 63 miles long and has a 19 hour cutoff. 100k runners will take a quick spur north of the lighthouse on Hwy 12 then turn and follow 100 mile runners across the 2.5 mile long Bonner Bridge spanning the Oregon Inlet between Bodie Island and Hatteras Island around sunset. The rest of the course will be identical to the 100 mile runners finishing at the “end of the road” on Hatteras Island adjacent to the Ocracoke Island Ferry and directly in front of the Graveyard of the Atlantic Museum.

So far for the 2012 Graveyard 100, runners from 23 states and 3 countries are participating. The runner traveling the greatest distance to run is Al Harman from Vancouver, BC. 87% of registrants are running the 100 mile and 13% are running the 100k. The oldest runner who has signed up to participate is Louis Joline, age 79 from Lake Tapawingo, MO. The youngest runners are Karsten Olsen, from Wilton, CT and Spencer Williams from Hudson, MA, both 20 years old. The average age of the runners is 41.

We welcome all the runners and their friends and families to Hatteras Island in the beautiful Outer Banks of North Carolina! Everyone at Surf or Sound Realty wishes the best of luck to all the runners!

The National Park Service has announced that it will begin offering 2014 Off-Road Vehicle (ORV) permits on its website starting on Sunday, December 1, 2013. This new feature will further streamline the process of obtaining the necessary permits to access the ORV routes in the Cape Hatteras National Seashore. There are two easy ways to […]

What Are Your Top Five Things To Do On Hatteras Island?

We all know that there are so many wonderful things to do here on Hatteras Island. Our pristine, family-friendly beaches and quaint villages offer a variety of activities for you and your family to enjoy while visiting us. The Huffington Post recently listed its top “5 Free Things to do on Hatteras Island.” It is […]

The National Park Service plans to open Bodie Island Lighthouse (pronounced “body”) to the general public for guided climbing tours in late April to early May 2013. Bodie Island Lighthouse, located north of Oregon Inlet, has undergone an 18-month long restoration project aimed to restore and preserve this historical beacon and make it accessible to […]