Jim cantore and the team from Surf or Sound Realty in Avon, North Carolina. 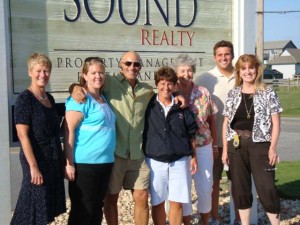 Jim and some of The Weather Channel Crew were on Hatteras Island on September 4 reporting on Tropical Storm Hanna.

So where do you go in the middle of January, after a windy afternoon on the beach, wearing an old flannel shirt, a pair of Wanchese bedroom slippers, and a severe case of Hatteras hair?

The answer is Pop’s, of course. You’ll fit right in.

Not for the fancy set, Pop’s Raw Bar and Grill has garnered a devout local following by being a no frills, just fun restaurant in the heart of Buxton on The Outer Banks of North Carolina. People flock to Pop’s because they want a good burger END_OF_DOCUMENT_TOKEN_TO_BE_REPLACED

It seems that as long as there have been folks on Hatteras Island on The Outer Banks of North Carolina, there’s been stewed chicken and pie bread. A local favorite for decades, this haphazard recipe has been passed down through generations of local families for its easy, no frills ingredients, and flexibility. “Pie bread’s” more common moniker is dumplings, and this large one pot meal is an easy and filling way to feed a big group, and a perfect comfort food for cool fall beach days. END_OF_DOCUMENT_TOKEN_TO_BE_REPLACED 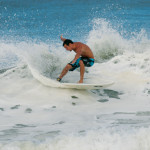 The Eastern Surfing Championships (ESAs) will be September 21 – September 27, with September 28 as a back-up day. The ESAs, which typically determine the contenders for the USA championship, are held in Cape Hatteras on the Outer Banks of North Carolina every fall, as the excellent surfing conditions are considered the best on the East Coast, attracting surfers from all over the world. END_OF_DOCUMENT_TOKEN_TO_BE_REPLACED 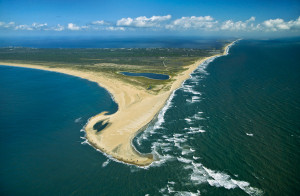 All of us at Surf or Sound Realty are excited to announce the launch of our community blog, dedicated to all things Hatteras Island. As we progress in the coming months, we’ll provide you with an ocean of information to help you prepare for your upcoming vacation, learn about upcoming special events, and most importantly, give you an insider’s look at this unique little stretch of the Outer Banks.

We’ll take you behind the scenes of some of the area’s best restaurants and favorite businesses, give you a guided tour of some of the most popular attractions, and lead you off the beaten path to little known destinations that even some of the locals haven’t discovered yet. END_OF_DOCUMENT_TOKEN_TO_BE_REPLACED

The theater will be able to serve beer and wine and will showcase primarily independent films — movies that aren’t generally available to an everyday audience, let alone an audience on Hatteras Island. END_OF_DOCUMENT_TOKEN_TO_BE_REPLACED 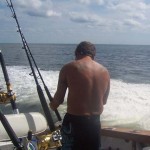 While the record catch received the bulk of the attention, the majority of anglers did well during the tournament, landing a total of 23 blue marlin, 59 white marlin, 20 sailfish and one spearfish.
The recent tournament, and its’ blue marlin star, brings to national attention a fact that frequent visitors and locals already knew: Hatteras Island is Marlin Country. END_OF_DOCUMENT_TOKEN_TO_BE_REPLACED

North Carolina’s coast is home to a string of barrier islands composing the Outer Banks, with Hatteras Island smack in the center of this chain of long, sandy islands.

Barrier islands are not particularly unusual. Study a map of the East Coast, and you’ll find them everywhere from Maine to Florida, but locals and frequent visitors know that Hatteras Island is special, and the root of its unique character can be traced to its geography. Surrounded by water, Hatteras Island is literally 30 miles into the Atlantic Ocean, and this makes for a pretty wild place to vacation. END_OF_DOCUMENT_TOKEN_TO_BE_REPLACED

As fall approaches on The Outer Banks, and offshore swells pile buckets of flotsam and jetsam onto the shore, Hatteras Island becomes a beachcomber’s paradise. With less visitors to compete over the best finds, and miles of sand to explore, this is the time when dedicated hunters of shells and sea glass alike get up early, grab extra Food Lion bags for treasures, and head out on a pilgrimage to the beach. END_OF_DOCUMENT_TOKEN_TO_BE_REPLACED

If you are planning to refurbish your Outer Banks home, better set your sites on November. During the weekend of November 7 – 9, all “Energy Star” qualified appliances and products will be sales tax exempt, automatically saving you an extra 4.5%.

In other words, look for the Energy Star sticker or designation on the packaging, or simply ask a customer service rep at your local hardware store to point you in the right direction. END_OF_DOCUMENT_TOKEN_TO_BE_REPLACED