In ceremonies this week, communities on the Outer Banks will pay honor to World War II British and Canadian sailors who gave their lives to defend the coast of the United States.

END_OF_DOCUMENT_TOKEN_TO_BE_REPLACED 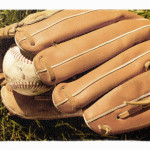 Dare County and Hatteras Island Babe Ruth Baseball will host a ceremony on Saturday, April 17 at 1 p.m. to dedicate the ball field in Buxton to Maurice Lennon “Dick” Burrus. All are invited to attend.

Burrus, born in Hatteras Village in 1898, was a local baseball player who played in the major leagues. He and his parents, Captain Ethelbert Dozier Burrus and Achsah Williams Burrus, lived in a home on the Slash behind Hatteras Methodist Church. END_OF_DOCUMENT_TOKEN_TO_BE_REPLACED