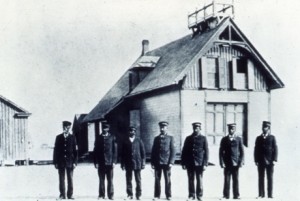 On February 27th, 7:30 p.m., the Indoor Theater at Roanoke Island Festival Park will host the Outer Banks debut of the documentary film Rescue Men, The Story of the Pea Island Life Savers. The movie, which is produced and directed by Los Angeles based DreamQuest Productions, has been in the works for several years and tells the story of one particular brave Hatteras Island life saving crew. END_OF_DOCUMENT_TOKEN_TO_BE_REPLACED