In response to the National Park Service Final Rule that has new restrictions and guidelines for accessing the beaches of Cape Hatteras, North Carolina Congressman Walter B. Jones has introduced H.R. 4094. This legislation would restore reasonable pedestrian and motorized access to the Cape Hatteras National Seashore Recreational Area. The bill would overturn a final rule implemented by the National Park Service (NPS) two weeks ago, as well as the 2008 U.S. District court approved Consent Decree. 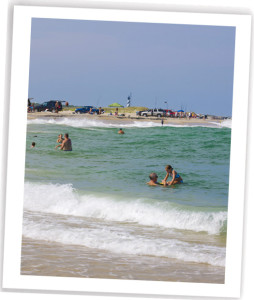 If you support this bill H.R. 4094, contact your state representatives and urge them to support it as well. The Cape Hatteras National Seashore belongs to everyone, no matter what state you are in, and your voice matters.

“The federal government needs to remember that Cape Hatteras was established to be a recreational area for the American people,” said Congressman Jones. “But taxpayers can’t recreate without access to the beach. The goal of management ought to be a balanced approach between visitor access and species protection. The Final Rule falls short of that goal. The Interim Strategy comes much closer to hitting the target.”

As part of the Final Rule, beach driving permits are required to drive on the Cape Hatteras National Seashore. For information on the permit costs and related park service rules, visit Cape Hatteras Beach Driving Permits.

H.R. 4094 would reinstitute the Park Service’s 2007 Interim Management Strategy (IMS) to govern visitor access and species protection in the Recreational Area. The Interim Strategy was backed up by a 113-page Biological Opinion issued by the U.S. Fish and Wildlife Service which found that it would not jeopardize the species of concern, namely piping plover and sea turtles. H.R. 4094 has been referred to the House Natural Resources Committee for further consideration.