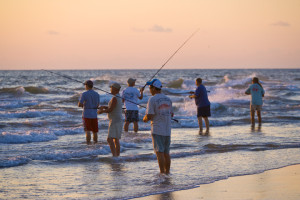 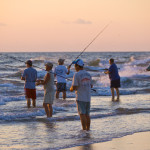 Local fishing reports excitedly spread the news, and anglers came from Manteo to Morehead City for what several classified as the greatest run of puppy drum in anyone’s memory. The drum were literally visible in the waves as giant red blobs, and many fishermen agreed it was something out of a surf angler’s dreams. END_OF_DOCUMENT_TOKEN_TO_BE_REPLACED 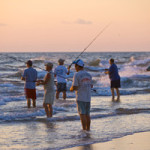 The best surf fishing teams on the East Coast got into the breakers on Hatteras Island this morning to start the 52nd annual Cape Hatteras Angler’s Club Invitational Surf Fishing Tournament.

With 120 teams, this is the premier surf fishing tournament in the United States, and arguably the world. END_OF_DOCUMENT_TOKEN_TO_BE_REPLACED